For its 18th year, the Scotch Malt Whisky Society rolled out the red carpet for their Single Malt and Scotch Whisky Extravaganza US tour, stopping in Boston on the 13th of October. I was fortunate enough to score a ticket to the evening, and couldn’t have been happier with the outcome. 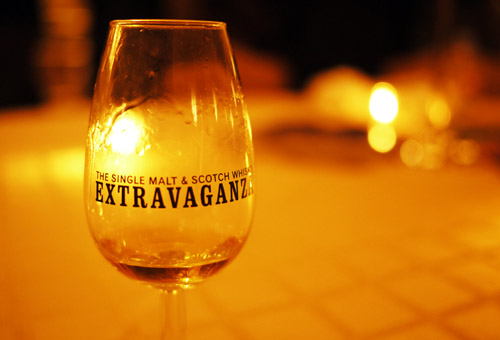 This is what whisky events should be all about. A glass of Glenlivet 18 and a couple of free cigars to welcome you in, followed by a night of intimate conversations, Scottish accents, kilts, large plates of food and quality whiskies from across Scotland and around the world. 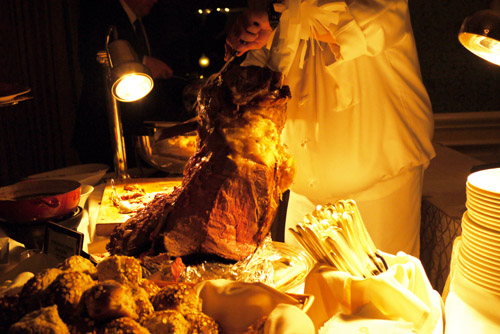 For a smaller group of attendees, including myself, the night started off with an hour-long panel conversation with ten brand ambassadors from some of Scotland’s finest distilleries. Iain McCallum from Auchentoshan, Bowmore and Glen Garioch was one of the standouts. Being the only master distiller on the panel he brought some really interesting points to the table about distillation and the evolution of the industry. In case you were wondering, one of the biggest impacts to creating a spirit is the still itself – the size, shape, make. The water, in fact, has very little to do with the final product.

Andrew Weir from The Balvenie and David Blackmore from Glenmorangie and Ardbeg also brought a lot of laughs and good thoughts to the panel. According to Andrew, if ever presented with the opportunity to taste from any cask in a warehouse, “Don’t go by age. Knock on all of the casks and find the one that has the loudest echo. That’s the one that the boys have been tapping the most.” 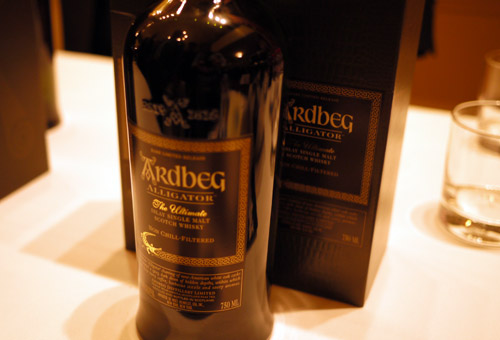 After the panel, the crowd made its way upstairs to the ballroom where tasting commenced. As I mentioned, this was an intimate affair – there weren’t rows and rows of booths, but instead just the right amount of world class distilleries, with about 100 drams to choose from. I first made my way to the Ardbeg table where I finally was able to taste some of the new Alligator. Alligator was released in the States just a few months ago, and it has already become a hot commodity. I’ve seen a bottle here and there, but these certainly aren’t readily available. If you’re a fan of Ardbeg, you’re going to like this spirit. It’s not as over-the-top, hit-you-in-the-head (like Supernova) that I though it would be. In fact, it is a well balanced whisky with a healthy portion of char and smoke, some nice vanilla notes and a bit of mocha. It’s young and a bit fiesty, but controlled, complex and distinguished all the same.

While I was at Ardbeg, I couldn’t pass up a drop of the Corryvreckan. This cask strength Ardbeg is one of my favorites, and a true delight all around. 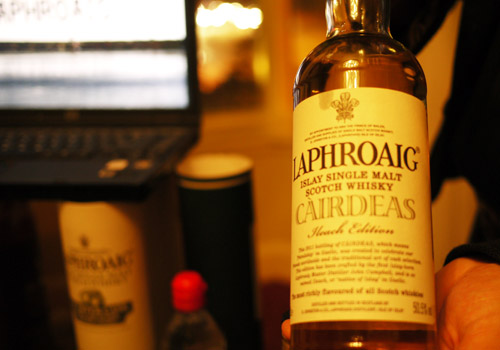 Staying on the Islay track, I made my way over to the Laphroaig table where I was pleasantly surprised to find the 25 year expression and another hard-to-find whisky, Cairdeas. Like Alligator, the Cairdeas made its way to the States only for a short spell this summer, and there are rumors of a few bottles turning up here and there, but overall, they’re close to extinct in the US. The whisky is quite unique for Laphroaig. A limited edition annual release, the Cairdeas has the peat smoke that you’d expect out of a Laphroaig, but it’s mellowed with sea aromas, pear and vanilla. Overall it comes off quite light and a bit young. A nice dram, though, and if you happened to snag yourself a bottle for its US retail price of about $60, I’d say you did well. 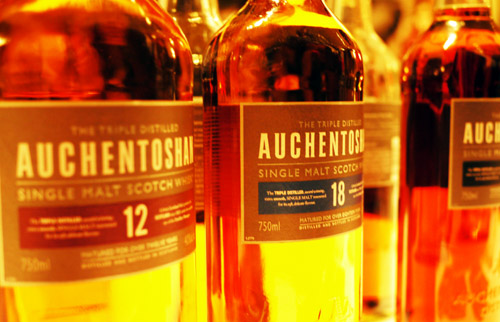 Other drams that stood out for me at the event included the Auchentoshan 18, Ardmore 30, Balvenie Peated Cask, Glenmorangie Extremely Rare 18, Hibiki 12 and the lineup of cask strength releases from The Scotch Malt Whisky Society. I also won’t fail to mention that I finished the night off with the Glenlivet XXV which Glenlivet’s funny-man ambassador, Ricky Crawford, was kind enough to open and pour toward the end of the night. 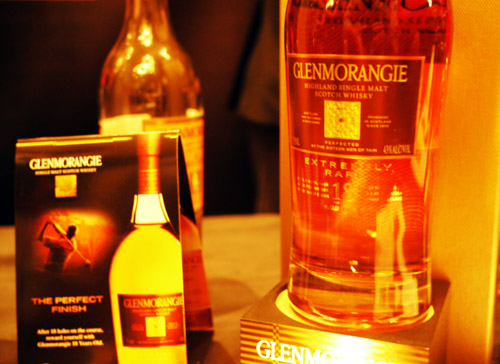 So, at the end of the day, what made this a great event? Well, no doubt the whisky was front and center. But it was really the intimacy of the event that made it a true pleasure. The camaraderie of the ambassadors and the openness and friendliness of everyone is what reminds me what a great industry this is. 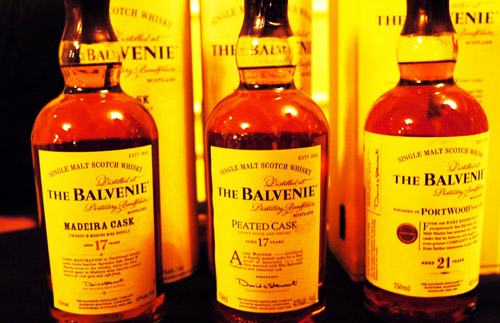 So, cheers friends. If you weren’t able to make it down this year, I’m going to say definitely put this event on your radar for the next go around. And in the meantime, if you’re interested in checking out some of the Scotch Malt Whisky Society’s offerings, check them out here. 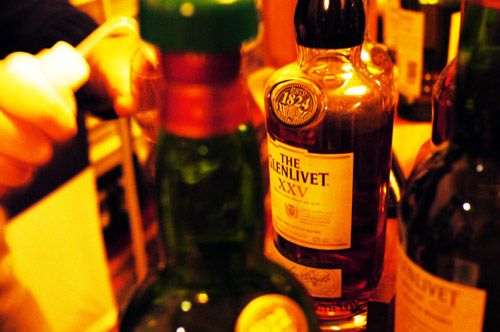