If you had asked me 15 years ago if the day would come when I specifically looked for lower alcohol beers, I’d have said you were crazy.

But times change. Preferences change. And most days, big 9% double IPA’s just don’t do the trick.

Increasingly so, ABV plays an important role in my beer purchase behavior. And I’m not alone in this thinking. The idea that low alcohol beer can be craft and awesome is catching on. This wasn’t so much a factor ten years ago when America was consuming a lot more 5% Budweiser than it is today. But, craft happened, people got accustomed to beer that tasted good – really good. And the further we got into good beer, the more the average ABV increased and the idea of a “sessionable” beer got a bit lost in all of the excitement. 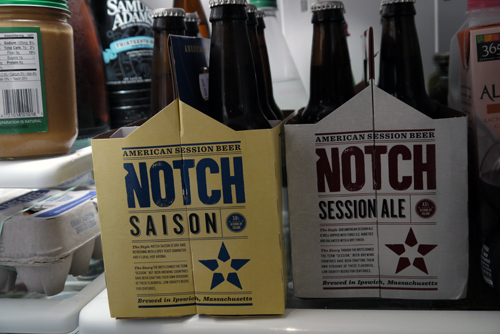 This is the stuff I want in my refrigerator... all the time.

These are remarkable and outstandingly delicious beers, but frankly, it’s not every day I want to kick back after work with a couple of Speedways. A few 4.5% Saison’s from Notch Brewing, however, and now we’re talking.

The trend of craft breweries producing more beer at lower ABV is a good thing. Sessionable is in, and session beer (4.5% and lower), in particular, is something that I expect we’ll start to see a lot more of in the near future. 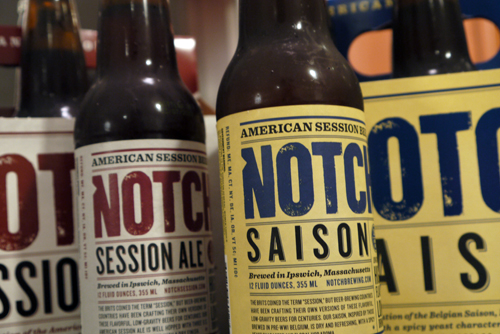 If you want to get the inside scoop on the pioneering of session beer in America, look no further than Chris Lohring, brewmaster and founder of Massachusetts-based Notch. I ran into Chris the other week at the launch party for his Saison six-packs, and he was kind enough to answer a few questions for me.

Session beer aside, do you think there is a growing trend toward craft brewers starting to drive down their ABVs?

CL: Not sure yet, when a trend hits, everyone wants to jump the train, but it remains to be seen how many will introduce (and stay with) lower ABV beer offerings. In Massachusetts alone, we’ve seen quite a few new entries in the last year. But many of these are seasonal releases or one-offs. Which is really too bad. I sold more Notch Pils in December than any other month. 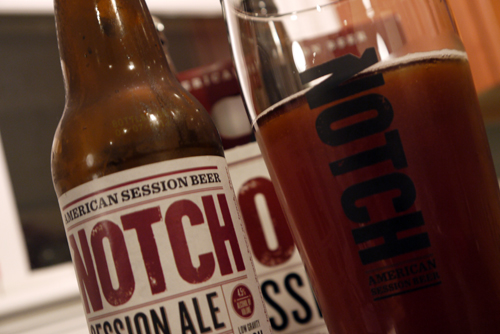 What do you think is causing the demand, and where do you see the trend in its evolution? Do you think drinkers and retailers are becoming more aware of ABV as a factor in selling craft beer?

CL: I think it is a natural progression in any food or drink discovery. When we discover something new, we push it to its extreme (especially in the US), and eventually we understand we don’t need to be hit in the face to enjoy something. Things such as balance, subtlety and simplicity have a great deal of merit. This is happening in wine too, where big bold wines were all the rage, and now we see wines such as German Riesling getting more notice. So it’s a bit of ABV, but it’s also a bit of flavor profile.

The better retailers are more aware, and they understand it offers their consumers more options. Bars understand this, and it has been noticed that session beer consumers stay longer, spend more money, and walk a straight line out the door. However, there is one huge multi-tap chain that just opened in the Fenway, and there are no ABV’s listed on the menu. What a lost opportunity to educate their customer base.

Does producing low ABV beer present any challenges to the quality, taste or end result?

CL: There’s absolutely no hiding with session beer. Bigger beers are certainly hard to get the balance correct, but they can hide a number of flaws if they exist. I am very specific about a number of things in the brewing and fermentation process that maybe other brewers would not obsess over, as I know what will have a negative affect otherwise. And I don’t want to pretend session beer is harder to brew than other beers, the challenges are just different, the mind set is different.

Out of curiosity? Have you tried Pretty Things’ new 2.8% mild beer? I know you have a cask series mild that’s down to 3.7% – how low is too low?

How low can we go? It’s mostly a function of the consumer, and what they find delicious. If it’s only “interesting,” that’s not really session beer. We could have an “extreme” session beer, for what it’s worth, but if it’s not something you’d like to have multiple pints of, it fails as a session beer.

If you’re interested in learning a bit more about Session beer and Notch, check out a few other interviews with Chris:

I’m curious to hear what you think. Does ABV factor into your buying decisions?

And don’t forget, Session Beer Day is on April 7th, right around the corner.