I’m going to go out on a limb here and make a rather broad assumption that you’re doing something related to drinking this weekend. And yes, I do know what they say about making assumptions, but I’m pretty confident that between Cinco de Mayo, the Kentucky Derby and all of the drink-related events that spiral from these two national drinking days, you’ve found at least one or two ways to dabble in the fermented arts. 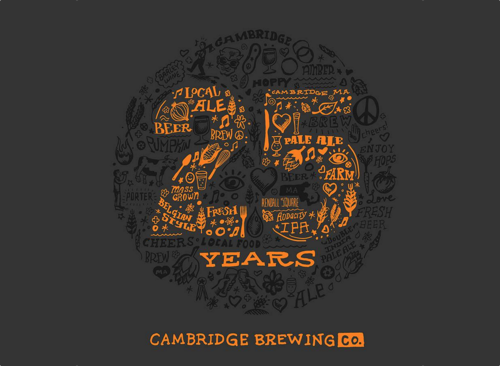 Of course, there’s more than just tequila and bourbon flowing this weekend. And the first must-attend event on my radar is Cambridge Brewing Company’s 25th Anniversary. If you’re a resident of the Boston area (or have ever visited this kick ass brewpub), you know that CBC has been brewing up some of the best beers in the area for years. The stuff that’s really special, however, is the limited edition beers that brewmaster Will Meyers and his team concoct on a regular basis. This weekend, expect to see some gems from CBC’s cellar like Ozmandias – a barrel-aged extra strong sour dark ale with black currant and elder berry that weighs in at a ridiculous 20%. And a barrel-aged version of Higgs Boson, a collaboration they did with NøgneØ back in 2012. The event starts Friday evening and goes throughout the day on Saturday, culminating in what will surely be an epic pig roast on CBC’s outdoor patio. Read more here.

If, however, you are not in the Boston area or are keeping the weekend a little more traditionally oriented with Kentucky Derby and/or Cinco de Mayo celebrations, here are a few things/recipes you may want to put on your radar: 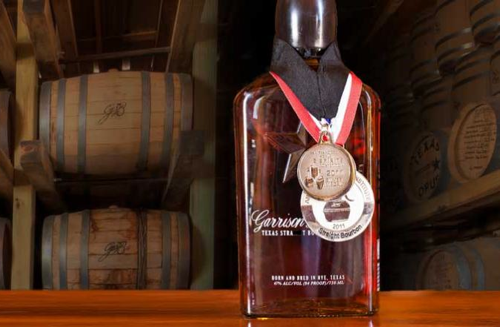 Garrison Brothers, Jim Murray’s American Micro Whiskey of the Year, has finally expanded its distribution out of Texas. The first state to get ahold of their Texas Straight Bourbon Whiskey is New York. So, for you New Yorkers out there, I’d recommend keeping your eyes peeled. For the rest of us who will have to keep waiting, here’s a Mint Julep recipe from Garrison Brothers that is sure to keep you fuzzy and warm for Kentucky Derby weekend:

In a shaker, gently muddle 6 mint leaves, peach slices and the sugar together.  Add ice to the shaker and pour the whiskey neatly over the mixture.  Stir, not shake, rapidly until the mixture is cold enough to your liking. Pour into old fashion glasses and garnish the drinks with mint leaves. 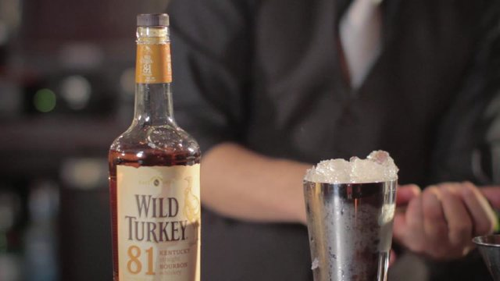 Don’t like the sound of that Mint Julep recipe? Or just looking to mix it up? (After all, over 120,000 Juleps are served at the track during the two-day Kentucky Derby period. So you’re going to have to do some serious drinking to keep up). Wild Turkey has created a few recipes of their own – the first in honor of their friend Rosie Napravnik who will be riding in her second Derby, and the second an ode to master distiller Jimmy Russell (aka “The Buddha of Bourbon”).

Slap mint springs in palm of your hand to release oils. Tear them into pieces and add to shaker filled with all other ingredients and ice cubes. Shake vigorously. Pour over crushed ice and garnish with a sprig of mint.

In a traditional silver julep cup or double-old fashioned glass, muddle two sprigs of mint with the brown sugar and one ounce of whiskey for a few minutes, crushing the mint leaves with a spoon. Add the crushed ice, the remaining bourbon, and garnish with sprig of mint. 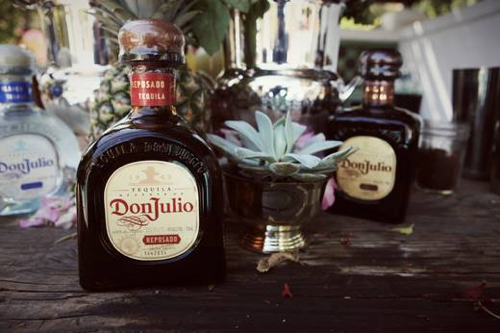 And finally, if your weekend repertoire is more focused on celebrating Cinco de Mayo with a bunch of friends, this elaborate Cascada cocktail recipe from Tequila Don Julio may be more your speed.

Whatever your Kentucky Derby/Cinco de Mayo weekend has in store, I hope you celebrate with fine drink and even finer friends. Cheers!