A New Era for Harpoon, and for Craft Beer Independence

As someone who has started and run several businesses, stories of entrepreneurship, stand up leadership and independence will always inspire me. What Harpoon did this year in turning the ownership over to their employees and passing the leadership torch was a bold move. My hat is off to them for establishing this new path, and to Charlie Storey who is leading the company into the new era. -TL

It was a late summer night in Boston and Charlie Storey and I had just finished lugging kegs into a basement storefront on Newbury Street. A crowd had gathered inside and was anxiously awaiting the tapping of a new, collaboration beer that Harpoon had brewed with Ball and Buck (an apparel retailer). Wiping a little keg-lifting sweat from his brow, Charlie took his place behind a makeshift bar and with a giant smile poured the first beers around the room. 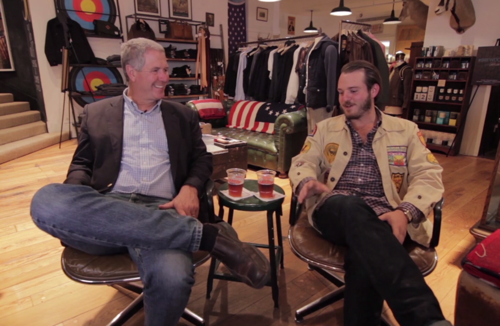 Little did we know at the time, myself and the hundred or so others who had chatted with him that night, that Charlie Storey would soon be named the next President of Harpoon Brewery. And at least to me, what became abundantly clear throughout that evening was that even after two decades in craft beer, all of which with Harpoon, Storey’s passion for this business is undeniable.

When Charlie assumed his new role in October he became the first new president since Rich Doyle and Dan Kenary founded the company in 1986. That’s a big deal. In the three decades since it was founded, Harpoon has become one of largest craft breweries in the country and has established itself as a New England institution. When I first moved to Boston in the early 2000s, Harpoon IPA—the brewery’s flagship beer—was pretty much the only IPA on the block. It was my savior from the doldrums of macro beer monotony, and I’d argue, was one of the very first to start America’s love affair with India Pale Ales (now, the country’s fastest growing craft beer category).

I think it’s safe to say that Harpoon is one of the true pioneers of craft beer. And I’m sure glad they’ve found someone as passionate as Charlie to carry on the great legacy that Rich and Dan created. 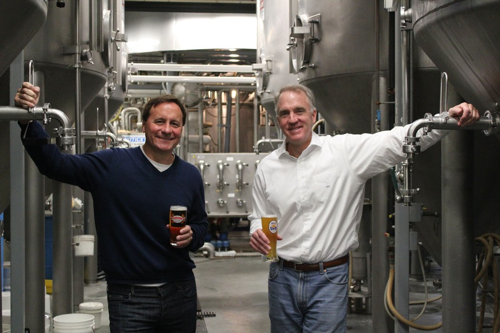 The passing of the leadership torch, however, is more than just a shift in personnel; it is a symbol of what Harpoon is and represents in a continually evolving craft beer landscape. When Rich Doyle decided to take a step back from running the company earlier this year, he not only paved the way for a new president to step up from inside the ranks, but he also opened the doors for an Employee Stock Ownership Plan (ESOP) to take shape. That move, which put the company ownership in the hands of its employees, was Harpoon planting a flag in the ground.

This industry, which was built on the passion of entrepreneurs like Rich and Dan, has turned into big business. And in more and more instances, that entrepreneurial spirit has given way to dollar signs and corporate exit strategies. Only a few companies who have made it to the level that Harpoon is at have pursued this route of independence. 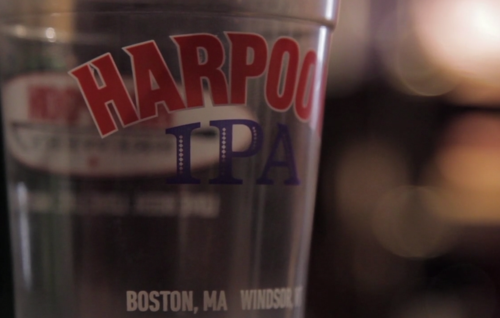 When I sat down with Charlie Storey last month at the brewery in South Boston, he was clearly humbled by the importance of this turn of events that have taken shape over the course of 2014. “The departure of Rich is the biggest thing that has happened to the company in 28 years,” he said. “One of the founding fathers is no longer technically running the company. That’s an enormous change.”

Of course, Charlie will be the first to say that there’s no plan on the books to reinvent Harpoon; a company that has clearly been quite successful (and is now the 12th largest craft brewery in the country). But he does recognize that they’ve got to make some changes. Deciding to remain independent in the face of increasing competition and global corporate interest in craft beer doesn’t come without its challenges. Storey acknowledges that Harpoon has got to evolve in order to compete in the new norm.

“I see two major things going on in craft,” said Storey. “One is big players—Sam Adams, New Belgium, Sierra—those are best in class consumer products goods companies. They’re still very soulful craft brewers, but they’re right up there with Johnson & Johnson. Then you’ve got Trillium and Jack’s Abby which are these romantic wonderful startups—highly entrepreneurial, operating a fundamentally very different business. Even though they’re still in craft, their business model, their business approach, their management style is really different. Then you’ve got other companies, of which Harpoon is probably in this tier, that are caught in the middle. Companies like Long Trail, Shipyard… we obviously are never going to become some darling that’s putting out 10,000 barrels, so we have to be able to have the business competency to compete with Sam Adams. If we don’t have that competency then we’re on the way out.” 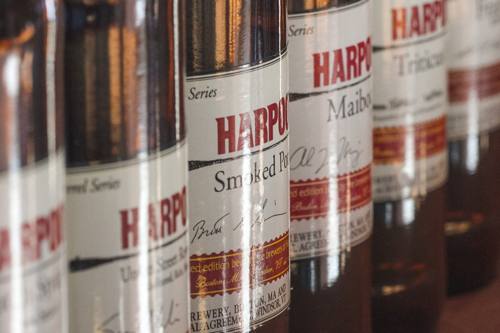 After speaking with Storey, along with a few other folks on the brand/management team at Harpoon, I can tell you first hand that they know what they have to do to successfully take the brewery forward into the next era. But I also know that they, like many of the other breweries in the country who are facing similar realities, understand that there is a balance that needs to be maintained; a balance that lets the spirit of craft continue to thrive underneath an increasingly business-savvy and competitive mindset.

This is the dichotomy of craft beer.

When I look around the industry, at the Goose Islands of the world who have sold to large corporations, at the Boston Beers that have gone public, and at the Harpoons that have found a way to remain independent; it’s apparent that each path has its own strengths and challenges. But when I really think about this balance between the spirit of craft and the demands of competitive business, I can’t help but to think that the path of independence is the one that is most compatible with keeping this balance in check.

At least in the long run. 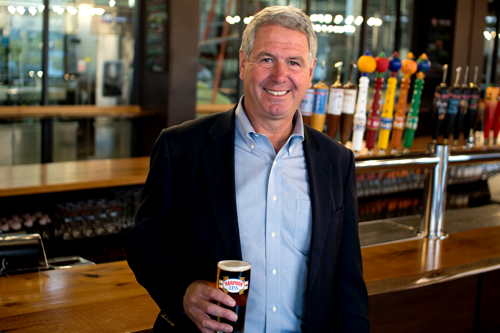 When the party wrapped up on that early September night in downtown Boston, I caught up with Charlie for one last pour at the bar he was still enthusiastically holding down. The lights flickered to get people to leave but Charlie wanted to make sure the last few people got one last pour of the collaboration beer that we had worked on together. When the last of the attendees left, Charlie was the first to start carrying out kegs. Two decades in the business, perhaps with an inkling of thought that you’re going to soon be the next president of the 12th largest craft brewery in the country, and you’re carrying empties into a van at midnight. That’s the kind of passion that’s carrying Harpoon forward.

And to that I say: Here’s to another three decades of an independent, employee owned and lead, kick ass craft brewery.