I don’t like the word epic. I never use it. It’s very sensational and it reminds me of growing up in Northern California with words like “hella,” and “bro.” It’s just not my cup of tea.

Nevertheless, there seems to be a fascination in the craft beer community with this word. Epic. “An epic IPA.” “Epic head.” “Epic west coast hops, bro.” Sure, I suppose things can be epic. Barack Obama becoming the first black president of the United States. That was epic. Egypt’s regime-changing revolution. That was epic. But what about Beer Advocate’s “Night of the Barrels” at Extreme Beer Fest? Epic?

Beer Advocate thinks it is. 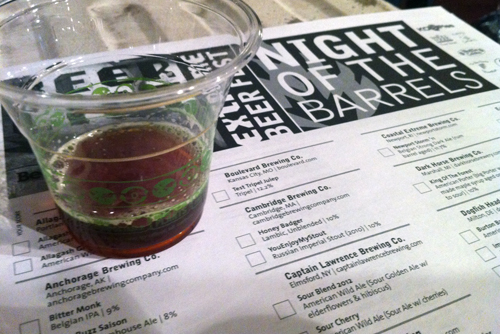 Last weekend I was lucky enough to get offered a ticket to Night of the Barrels. I say lucky because this Friday night event sells out quickly every year. Like two hours quick. It’s like a Bruce Springsteen concert for craft beer geeks. The night is billed as “an epic selection of over 60 barrel-aged beers.” So, see, right there – my expectations are astronomical. I’m thinking it’s going to be a Born to Run, Barack Obama, revolutionary kind of night.

I arrived late. The crowd was thick of plaid shirts, beards, lots and lots of dudes. Hand-written signs dotted the walls. I counted 10 Dogfish Head shirts in a matter of minutes. 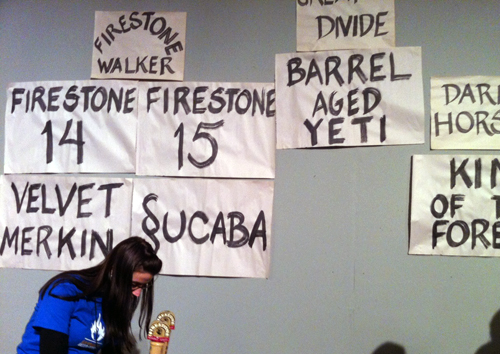 Everything about this event screamed anti-epic. From the hand-written signs to the Extreme Beer Fest-branded volunteers pouring the beer (most of whom knowing very little about the beers they were serving) to the minimalistic set up, lack of brewery signage, lack of brewery representatives, lack of information in general… the list of un-epic-ness goes on. But the beer… If there was indeed one thing that could possibly classify as being in the orbit of epic-ness it would have been the beer. And really, that’s what we go to these events for, right?

With the question of epic/not-epic aside, I must admit that I was pretty damn excited by the selection of beer. Events like this are far and few between. When a plaid wearing, beard sporting, beer-belly bearing beer guy can walk the aisles and find beer after beer that they haven’t tried, or have pointed to in the store thinking I wish I could dole out $20 for that limited edition Firestone Walker Anniversary Ale, there is something special indeed. 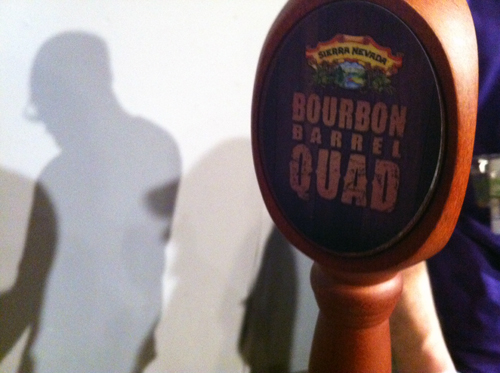 Okay, I will: Cigar City Marshal Zhukov’s Imperial Stout – tapped. Dark Horse King of the Forest – tapped. Damn! I should have come on time.

Point is, you don’t find these beers at regular drunky-time beer fests. These are geek beers. These are serious, write home to your mother beers. This is oak city, USA.

So, for those who do love the taste of oak and char and bourbon and brandy in their strong ales and imperial stouts, and for those who love complex, explosive flavors, black as night, sweet and intense, alcohol for miles – well then this is it – this extreme beer-a-palooza – is indeed your cup of tea. And you should, with all of the epic power you can muster, try to get your hands on a ticket to the next Friday night special event at Extreme Beer Fest. It may not be on the level of a truly epic Barack Obama, Born to Run, Mubarak-bringing-down kind of experience. But it will delight you. And you will leave with a smile.