Your sweetie may be fond of a dozen roses for Valentine’s Day, but if you want to worm your way into a bourbon-lover’s heart, it’s Four Roses all the way.

I’ve been looking for an excuse to do a review of the Four Roses 2010 Limited Edition Small Batch bourbon. Then came Valentine’s Day. I picked this bottle up several months ago at Julio’s Liquors in Westborough, MA. They had both the 2010 and 2011 releases in stock for about the same price – $60. Since picking this bottle up, it has been one of the fastest depleting bottles in my home stash. That’s saying a lot. 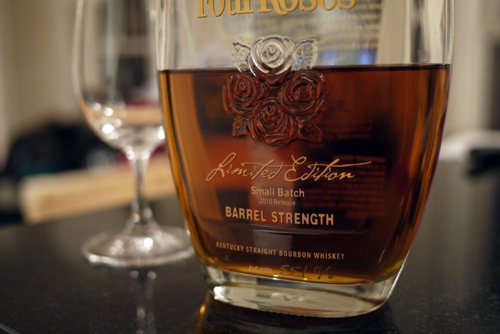 Frankly, I’m smitten with this whiskey.

Just as, perhaps, Four Roses founder Paul Jones, Jr. was smitten with the southern belle who became the inspiration for the name of his Four Roses distillery.

Love story aside, The Four Roses 2010 Small Batch is a devilishly seductive bourbon made from barrels hand selected by Master Distiller Jim Rutledge. Three distinct barrels with three unique recipes aged between 10 and 15 years are married together to create this 55%, barrel proof release. And the result is wonderful.

On the pour, the bourbon is a deep amber with orange-red hues. Sweet caramel and vanilla pours from the nose with a fiery alcohol breath. Cinnamon apple, dark chocolate, soft oak and candied fruits form a decadent bouquet. With a little water, the alcohol softens and caramelized banana and honeysuckle come to the front. 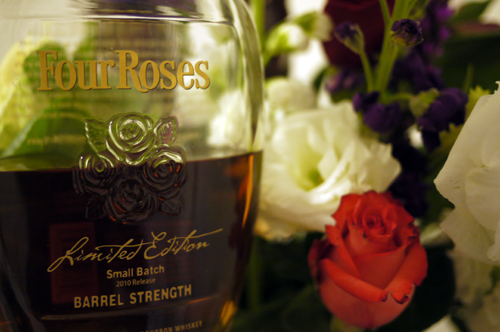 In the mouth, the 110 proof spirit hits you warm and prickly, dry and sexy. Open it up with a little water to get that creamy cherry and orange citrus, apricot, nutmeg, clove and cinnamon spice. The bourbon is smooth and chewy with an intense spicy finish that burns on and on in a very warming and fulfilling way.

The Four Roses 2010 Small Batch release elevates the fruit and spice essence of Four Roses to the next level. It is complex, intriguing, seductive and an absolutely perfect Valentine’s pairing. 90/100 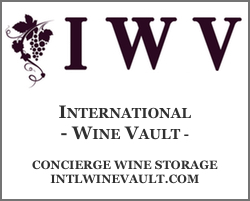