3 Single Malt Scotch Whiskies I Hope to Never be Without

There are a growing number of whiskies that have, over time, become my must-haves – whiskies that will (until they are no longer made) remain in my drinks cabinet. It’s unfortunate, really. It’s an expensive habit.

Some whiskies on this list are limited releases that once gone will be hard to replace. For instance, Bruichladdich PC5 and PC6. Others are a little too pricey to buy again (for instance, PC5 and PC6). But there are also a number of standard releases that are not only currently available, but they are also reasonably priced – under $75.

So, without further ado, here are three attainable whiskies I hope to never be without. 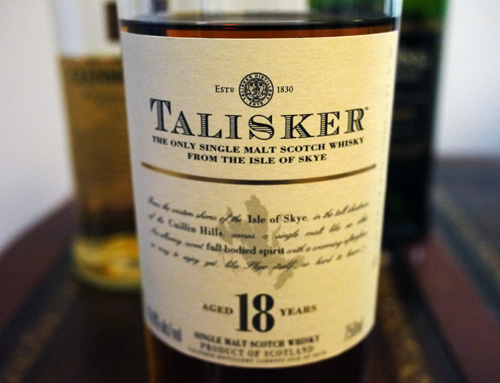 Talisker 18
When it comes to Single Malt Scotch at the $75 and under price point there really isn’t much that comes close to the quality, complexity and consistency of Talisker 18. It’s everything you want in a whisky – sweet and smokey, balanced and nuanced, downright delicious. Also, at 46% it packs just the right amount of heat to get your senses riled up without needing any water to tame it down.

From the very first time I drank Talisker 18, I was a fan – notes of sweet chocolate and tangerine paired with sea salt and peat smoke, finished with a long, peppery drawl. So unbelievably balanced. The only downside to Talisker 18 is that it’s not always readily available at retail. In fact, with a limited production and release schedule, Talisker 18 can sometimes be difficult to track down. Pair its limited supply to its laundry list of awards (such as the 2007 Best Single Malt Whisky in the World at the World Whiskies Awards) and a rabid following – scarcity, in this case, seems inevitable. But, it still is an active part of the Talisker lineup (which now also includes Talisker 25 and 30) – so keep your eyes open and I’m confident you’ll be able to find a bottle. 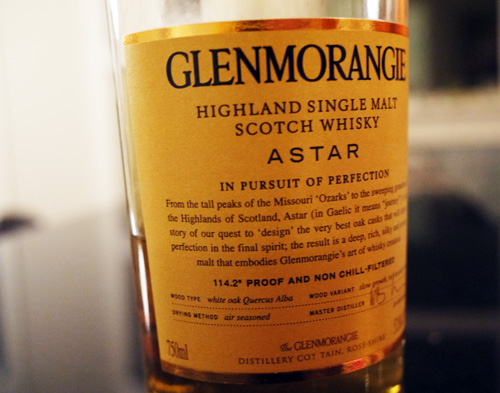 Glenmorangie Astar
Unlike Talisker 18, Astar was not love at first dram. In fact, when I first tried this whisky a couple years ago, I had mixed feelings. But in the time since, I’ve become a big fan of Astar – maybe my palate has changed or perhaps it just took time for Astar and I to get to know each other. But we’re good now. Real good.

In my opinion, Astar is one of Dr. Bill Lumsden’s crowning achievements. Matured in oak barrels hand-selected from the Ozark Mountains, this whisky demonstrates the true power of premium wood. The nose shows wonderful sweet vanilla and creme-brulee with lemon citrus and rustic spices, even a little ginger. On the mouth, the cask strength 57% is tremendously balanced and creamy, with underlying tones of butterscotch, vanilla, coconut, pear and pineapple. The finish is peppery, tropical, full of honey and goes on forever. There’s no age statement on Astar, but considering it’s in the range of 9-10 years old, it’s one hell of a whisky. It blows my mind that you can have the standard Glenmorangie 10 year and the Astar – each coming from the same distillery, each about the same age, and come out with such different profiles. Don’t get me wrong, the entry-level 10 year is a fine whisky for $35 – perhaps one of the best Single Malt’s in that price range – but Astar is on another level. 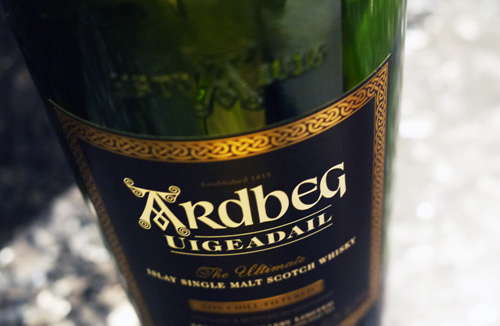 Uigeadail is an intensely smokey Scotch. The nose is a whole lot of Islay peat, but you also get complex sweetness and dried fruit notes which come from the older, Sherry cask-aged whisky that was used alongside the younger bourbon barrel-aged whisky to make Uigeadail. At 54% the mouth has heat, but like Astar, it’s so well-balanced that you really can enjoy this whisky without adding water. Yes, it is deliciously smokey for all you peat-o-philes, but it’s the sweet vanilla and toffee, cocoa, candied fruits and nuts, tanginess and sea salt that bring it home.

So, there are three attainable single malt’s I hope to never be without. What three make your list? 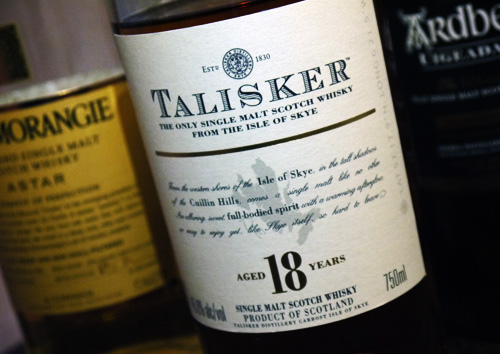