Summer’s Best Beers: From the Farmhouse to Boston

It is the season for Saison. A time to kick back, enjoy the sun and drink from the fruits of our winter labor. In other words, it’s time for some serious summertime beer guzzling.

Making its debut appearance this past weekend, Drink Craft Beer’s Summerfest was a community celebration of New England’s best summer-friendly craft beer, from farmhouse ales and saisons to witbiers and sours. 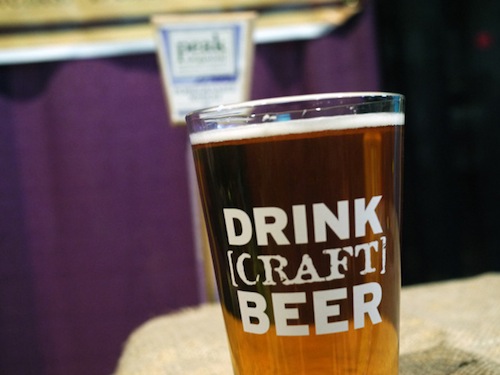 In attendance were cult favorites such as Hill Farmstead and The Alchemist and craft pioneers like Harpoon and Smuttynose. Nearly half of the 20-odd breweries present were newcomers to the scene—upstarts like Jack’s Abby and Idle Hands, whose bottles have trickled into the stores over the past year at increasing frequency. Despite my regular visits to neighborhood liquor stores, it really is hard to grasp how fast the craft onslaught has occurred until you see such a large grouping of new breweries in one room.

Read the full article and see the slideshow on Drinks.SeriousEats.com.