I hope no one ever asks me to name my favorite whisky distillery. It would be nearly impossible to do so. But, if someone asked me to name my top ten, Bruichladdich would certainly be on the list. 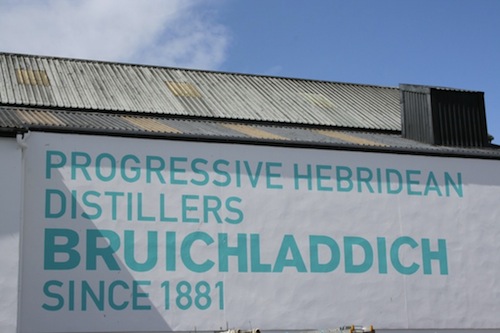 So, when this “fiercely independent” Islay distillery, Bruichladdich, officially announced today that they were being bought by Remy Cointreau for £58m, you can understand that I had mixed feelings on the matter.

And it seems, judging from the twitter- and blog-o-sphere over the past couple weeks since the rumors began, that many of my fellow whisky advocates share in my sentiment.

I understand what big business and global corporation brings to a growing independent company. It brings resources – financial, human, retail/wholesale, so on. These resources can be essential to sustaining and growing a business and can even lead to a few positive outcomes – such as greater distribution, better pricing and availability. Who knows what the circumstances really were behind this particular sale. Perhaps Bruichladdich needed the capital to sustain operations. Maybe the initial investors thought it was time to cash out.

I own my own my business. I get it. Presented with the opportunity to cash in and access resources I could only dream of, I think I’d be hard pressed not to sell.

But, I think where the concern comes in is that many people – including myself – have grown a fondness for this somewhat rebellious, innovative distillery over the past decade. The ownership, lead by Mark Reynier, Jim McEwan and team, has grown Bruichladdich into something special, something that’s exciting and fresh. They’ve created iconic brands such as Octomore. They’ve pleasantly confused us with dozens upon dozens of releases and enamored us with the stories that brought about Laddie 10. So, what happens when the current ownership hands over control and becomes just another brand under the umbrella of a global corporation?

Do they continue on the same track they’re on? Will we ever get to see the release of PC16?

Don’t get me wrong, I’m not anti-corporation. But I do appreciate the freedoms an independent business has. I know the passion and dedication that goes into it. And from the short time I spent with Jim McEwan last year, I know that his passion runs deep.

When it comes down to it, though, I am for the consumer. If Rémy Cointreau can keep the good in Bruichladdich and improve on other areas of the business that perhaps needed help, then I’m all for the acquisition. And there’s really no reason to assume the leadership at Rémy – a nearly 300 year old family-run business – can’t achieve this. The press release issued this morning confirmed that Rémy Cointreau would be keeping the existing staff at Bruichladdich and would keep the business Islay-based. And, not to mention, the majority of the whisky industry is owned by global conglomerates and there are still plenty of great whisky brands out there.

I hope that the next ten years of Bruichladdich is as fruitful and innovative as the last ten. For the consumer’s sake. Guess we’ll just have to wait and see…