The Evolution of American Craft Beer: The Return of New Albion

A few months ago I wrote about an evening with Jim Koch at the Sam Adams brewery. It was an amazing experience, complete with an endless flow of Utopias and stories only Jim could tell of the craft beer industry in America and its evolution over the past decades. One story that stood out (and that I didn’t mention in my last write-up) was a story about Jack McAuliffe and the origins of New Albion Brewing Co. Little did I know that just a few months after that evening with Jim, New Albion would be making its way back onto liquor store shelves – its first appearance in 30 years. 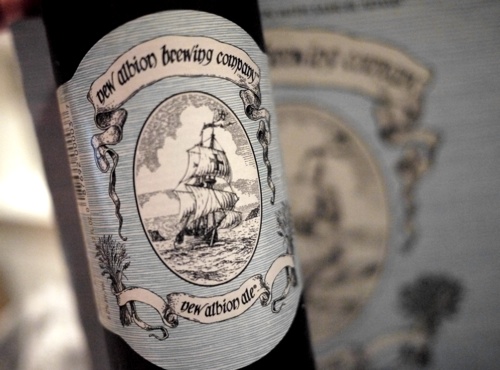 As Jim tells it, when Jack McAuliffe opened New Albion Brewing Co. in 1976 out of a former agriculture warehouse in Sonoma, CA, he was making history. Jack’s first beer, New Albion Ale, was the original microbrewed beer in the American craft beer revolution. Although New Albion didn’t make it as a brewery beyond 1982, the name and history lives on. Or at least it does now, thanks in part to Jim Koch and Sam Adams.

About an hour into our conversation about Utopias and the craft beer industry, Jim started talking about New Albion and how his relationship with Jack came to be… 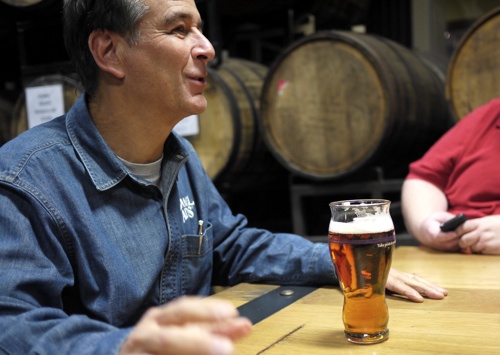 Every year there’s an industry recognition award that goes to someone who has done the most for craft beer. The thing that was very striking, was maybe three years ago at the Brewers Association board of directors meeting we were discussing nominations. I can’t remember whether it was me or Vinny Cilurzo or Ken Grossman, but one of us said what about Jack McAuliffe? There are 15 people on the board. The other 12 people said, “Who’s Jack McAuliffe?” And these were like Kim Jordan, Rich Doyle, Jack Joyce I think – people who had been around for a while, they had no idea who Jack McAuliffe was. And it was like, “oh!”

Jack felt a little bit snubbed because he started this thing and everybody forgot about him. And nobody ever gave him any recognition and he became somewhat reclusive, hard to find. He drifted, somewhere up in Northern California, and then ended up in San Antonio. I found him because one of my sales people was in a homebrew club in San Antonio and she called me and said, “There’s this kinda cool old guy who’s in my homebrew club that says he started the whole microbrewery thing and I never heard of him.” And I said, “What’s his name?” And she said, “He says his name is Jack McAuliffe.”

Holy shit! Jack is in San Antonio in a homebrew club? Whoa! 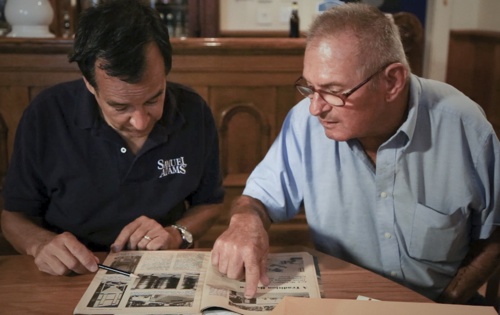 But he didn’t show up for the award. This was part of a process of bringing him back and sort of setting straight something that was wrong, and making it right. GABF last year was the first event he attended. It was the first time I actually met him. We had heard of each other, obviously, and it was very cool. And the reality of it is that he started this and we all stand on his shoulders. You forget about how non obvious things are when there’s no playbook. There’s a clean sheet of paper. Jack came up with the idea of using Cascade hops, of making a pale ale, of having it be around 30-something BUs. The basic structure of American Pale Ale and IPA, he created it. It didn’t exist.

What Jack did is he said you can start a brewery from scratch. You don’t have to buy one. It can be about this size, here’s how you do it. You’re going to have do to a lot of your own wiring and plumbing. He bought these used vessels from Pepsi. This idea that you can start at this scale and make a unique different style beer called pale ale that uses American hops and has about this flavor structure… It was the model for Sierra Nevada Pale Ale. That’s where that came from. 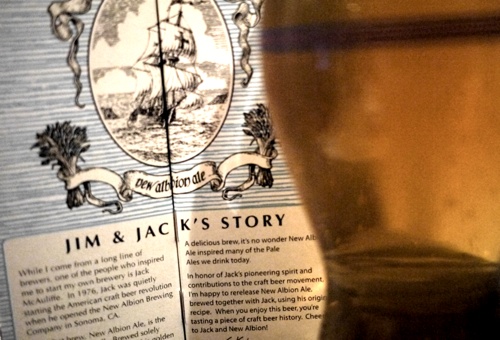 So, I suppose you can say that this new re-release of the original New Albion in partnership with Jim Koch and Sam Adams is a bit of an historic moment. How many people will pick up a 6-pack of New Albion and learn about Jack, I don’t know. But, I think it’s pretty damn cool that Jim Koch is helping to restore an important bit of craft beer history.

As for the beer itself, it’s definitely a bit of history in a bottle. Jim and Jack recreated the recipe from memory and tweaked it to be as close to the original as possible. The ale is medium body, fresh and crisp as can be with a mellow fruitiness on the nose. The palate is big, dry and yeasty with bitter citrus and an earthy flavor. This really is an interesting ale. Dryer and spicier and more laser focused in its bitter bread qualities than many of the craft pale ales on the market today. I don’t know if I love this beer, but I love what it stands for and that it has made its way back to market. I love that this story is starting to be told. It’s a great story, and I hope that it picks up some momentum.

So, if you wouldn’t mind, do Jack a favor and help me spread it along.