From the minute I landed in Washington D.C., I was looking forward to pulling up a chair at the bar at Jack Rose. I had never been, but after reading about this whisk(e)y mecca in the winter 2011 edition of Whisky Advocate, I knew that the next time I was in our nation’s captial, Jack Rose Dining Saloon would be the first stop on my whiskey list. 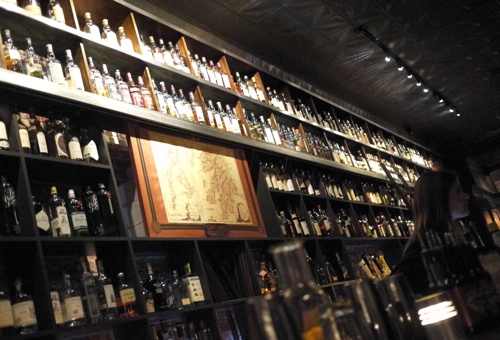 I was told that Jack Rose has the largest selection of whisky in the Western Hemisphere, and I do believe this may be right. I’ve been to Brandy Library in New York, and various other mighty impressive whisky-centric bars across the US (including Boston’s own Citizen Public House), and I’m finding it hard to believe that any bar has a more significant list than Jack Rose. They have over two dozen bottles of Willett single barrel alone. That’s enough to make any bourbon lover drool.

The nearly 2-year-old establishment is located in the funky, restaurant-lined neighborhood of Adams Morgan. It sits in the site-line of the Washington Monument; a three-story bar/restaurant holding within its brick facade something absolutely magnificent. The minute I stepped foot in the place and saw the gleaming walls of whiskey, I was sucked into the vortex, inundated with nearly every whiskey and Scotch one could ever want (or afford) to try. Okay, perhaps there were a few missing staples. But according to Jack Rose’s “whisky sommelier,” Harvey Fry, there are just some bottles not worth offering. Like, for instance, Bruichladdich PC5. It’s just not financially feasible. I guess the 50 other bottles of Bruichladdich will just have to do. 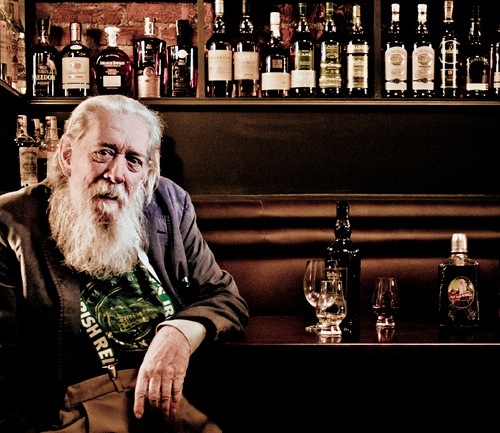 Photo by Sean McCormick for Washingtonian.com, 2011

Speaking of Harvey Fry, if you were to count on each finger the most interesting whisky personalities in the world, I have a feeling Harvey Fry may make that list. When I first saw him walk into the bar I thought Willie Nelson’s long lost brother had just made an appearance. Fry’s home collection of 5,000 whiskies makes my home stash look like a squashed bug on the sidewalk. And some of the harder-to-find bottles at Jack Rose come directly from Harvey’s endless pursuit over the years. There’s a really great article on the Washingtonian about Harvey that I’d highly recommend. I’m not going to try to sum up the amazingness that is Harvey Fry, but to make a long story short, his non-job, non-paid, job description at Jack Rose is “consultant, buyer, supplier/master of inventory, teacher/trainer, entrepreneurial planner/stager of tastings and general guru for all things Scotch.”

Harvey Fry and magnificently awesome selection of whisky aside, there were a number of other things I really liked about Jack Rose. Let’s start with the option of 1oz pours. 1oz pours are a beautiful thing when it comes to places like this. They really do make tasting a number of whiskies much more feasible (from both a cost and drunkness measure). Jack Rose also offers Glencairn glasses and eyedropper water bottles, which may not sound like a big deal, but when tasting good whisky a rocks glass just isn’t the most ideal consumption vessel and a straw in a water glass is just low class. It’s the small touches, ya know? 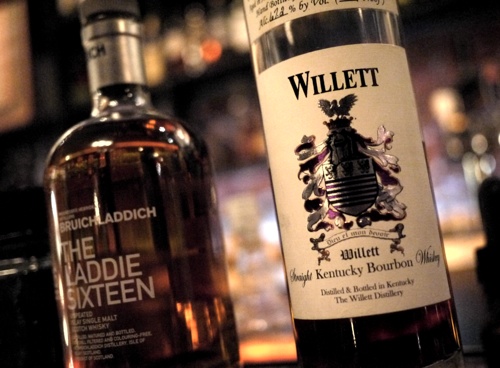 But, back to the whisky. With massive tome in front of me, there were important decisions to be made. I’ve been on a bourbon and rye kick lately so I flipped to the American Whiskey section and dove in with a vengeance. One thing I noticed about DC, having visited several liquor stores and bars over the few days I was there, is that they have an impressive amount of Willett in the market. I was furiously jealous. I decided to take advantage of this opportunity and started with a selection from one of Jack Rose’s older Willett bottles – a 17 year by the name of Montezuma. This powerfully spicy, chalky and peppery bourbon had loads of sharp wood spice, mellow caramel and cinnamon and a touch of marshmallow from the nose. Honestly, I haven’t met a Willett I didn’t like, but this one was a big winner.

My partner in crime started off with the Bruichladdich “Laddie” Sixteen, which is a relatively new release in the “Laddie” series. She’s a big fan of the 10-year which was the first release a couple years back and now the distillery has gone on to release two more including the 16 and 22. I also like the 10 year ‘Laddie’ quite a bit, but I felt the 16, upon tasting it this night, fell a bit short. A tad on the sweet side, a bit too mellow, and lacking the finesse I would hope for out of a $100+ bottle of Bruichladdich. Not a bad whisky by any means, just a little underwhelming. 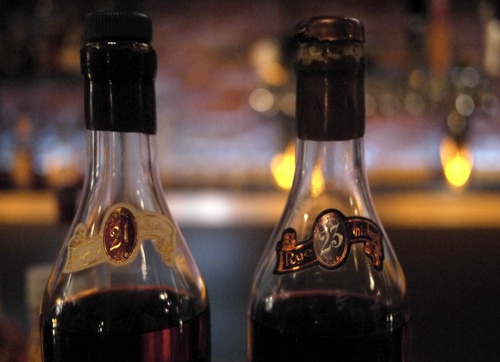 From the Willett I moved on to a side by side tasting of a 21-year Vintage Bourbon and a 23-year Vintage Rye. I had been kicking myself for not picking up a bottle of the 17-year Vintage bourbon before the stock ran out and I really couldn’t pass up the opportunity to taste these unique older bottlings. Unfortunately, neither lived up to the high expectations I had going in. The bourbon was the better of the two – more mellow than what I would have liked and a little tinny and muted. Perhaps a little past its prime, but drinkable. The rye on the other hand was well beyond its prime, and quite frankly, not all that tasty. A little too smokey rotten apple and grainy for my taste. I found it dull and over-wooded. I don’t know, just wasn’t my cup of tea.

The last round started with one of the older Evan Williams Vintage Single Barrels. Specifically, the 2004 release (from 1994 stock). The last few years of EW Vintage have been some of my favorite everyday bourbons (especially the 2000) and I was excited to see how the profile had changed over the years. It was interesting to find that this older release was quite a bit different than the newer bottlings – much dryer, not nearly as sweet; mellow and surprisingly earthy. I like the flavor profile of the newer releases better, but still glad I got to try this older bottle. 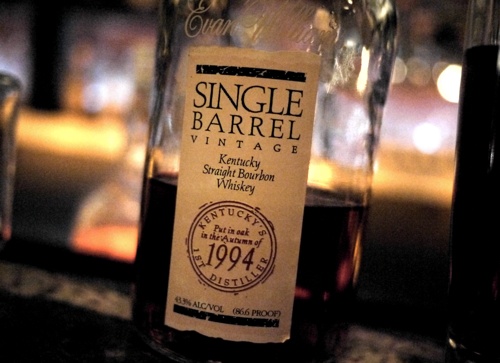 The second in the final bout was a Michters 10 year bourbon. I haven’t spent too much time with Michter’s over the years but I was interested to see how this 10-year release faired. You see bottles of the 10 year here and there, typically for close to $100, so I was hoping this bourbon was going to knock my socks off. The whisky has a nice mellow caramel and fruit character with a building peppery spice. I got a little sweet bubble gum on the nose and some nice peach and stone fruit notes. Overall, a solid bourbon but I’m not so convinced it lives up to the hefty price tag. Parker’s Heritage and most of the BTAC’s would easily take the cake on this one for a lesser price tag.

So, a few winners and a few losers, but how can you not walk out of this place with a smile? Before I left I chatted with Harvey for a bit and stared in awe as he thumbed through his impressively detailed notebook looking for bottles I referenced in question. I didn’t realize it was possible to write so much on a single page. It must be nice, I thought. Looking after these massive walls lined with bottles of whisky night after night, taking notes as you tasted through… not a bad life.