Winter in Sonoma County is much different than in the warm season. The landscape is muted, vines lay dormant, the buzz of the harvest has fizzed out, tasting rooms are quiet… and, as in the case of this past weekend, temperatures can get downright chilly (and that’s coming from a Bostonian). But, underneath this cold and slightly desolate exterior, one of the greatest wine regions on earth still goes strong. 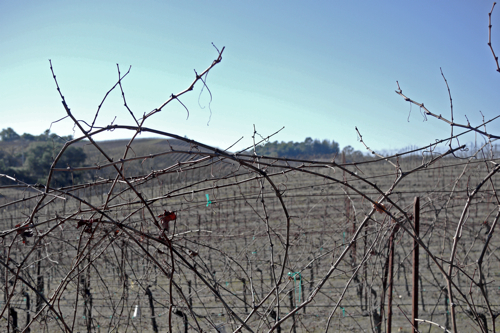 On a whirlwind trip up the west coast this past week, I carved out a day for wine tasting in Sonoma. I decided to spend it chasing Pinot Noir in Russian River Valley, as I often do. So after a quick visit to Russian River Brewing Company, and with a few bottles of Pliny in tow, I set off on the road into the heart of Russian River… 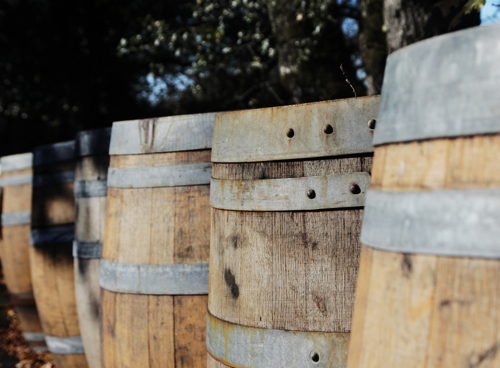 The day’s Pinot journey started at Joseph Swan which is essentially smack in the middle of Russian River Valley. This is an ideal place to start, not necessarily because of its geographic location, but more so because of the historical importance of Joseph Swan in Sonoma County’s Pinot Noir timeline. Going back a number of decades to the late 1960s, you’ll find a recently-retired Joseph Swan beginning to plant Pinot vines on his small vineyard. This about the time that Rochioli, just down the road, is doing the same. These two were pioneers of Pinot in the area, and Swan has been a consistent producer of quality Pinot ever since. So, starting at this small, family-run vineyard is a great place to get your bearings, and also a little perspective. 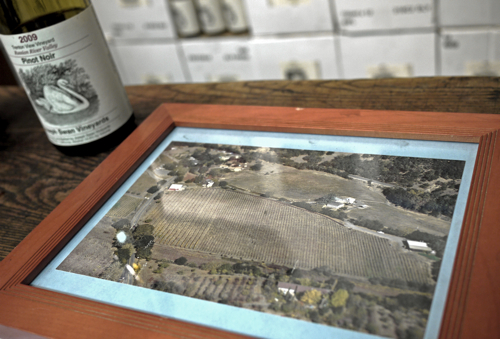 What guys like Swan and Rochioli started in the 1970s has become one of the foremost Pinot Noir regions in the country. Gary Farrell was another one of the early Pinot pioneers. Starting his career working with winemakers like Tom Dehlinger and Robert Stemmler, Farrell went on to launch the Gary Farrell label in 1982. After years producing some of the top Pinot’s in the area, Gary built a new winery in 2000 overlooking Russian River Valley. I had yet managed to make it to this location, so I took the opportunity to stop there next. 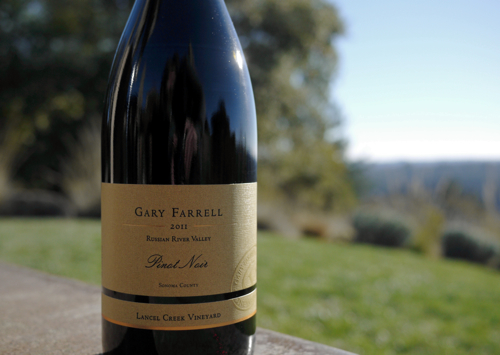 It’s funny how even on the coldest of Sonoma days, with the vines looking eerily tired and creaky, there is still so much beauty to be found. The Gary Farrell winery is one of these places. From the stunningly serene tasting room to the impressive views, you’d be hard-pressed to know that winter surrounded you.

In the winery, I tasted through a number of the recent releases. The highlight, a handful of silky, well-made Pinots all coming from carefully selected vineyards and viticultural areas around Sonoma County. Most of Gary Farrell’s wines are very low production, especially the single vineyard releases such as the one I picked up – the 2011 Lancel Creek Pinot. This wine is actually the inaugural release from this particular vineyard, and only 315 cases were produced. 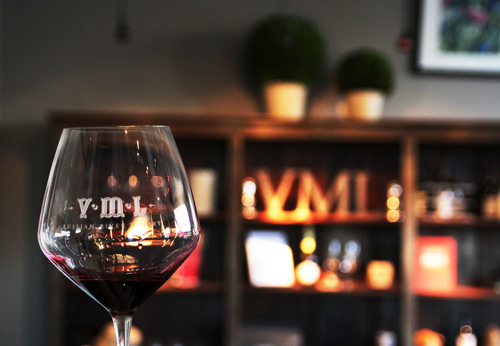 From the old school to the new school, I continued up Westside Road toward Healdsburg to reach VML, a relatively new winery which opened in the spring of 2011. Prior to opening VML, Virginia Marie Lambrix was winemaker and viticulture specialist for Truett Hurst. She also spent time at DeLoach and Lynmar. Virginia’s passion and focus at VML is terroir-driven Pinot Noir and Chardonnay. Her wines are big, bold and full-flavored, something you sense from the atmosphere that goes beyond the wine itself. 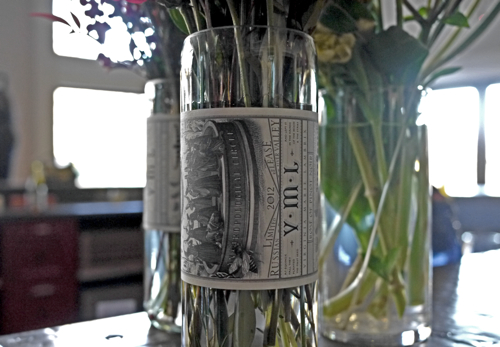 The grounds at VML, much like Gary Farrell, are beautiful. Even with the vines bare, the lush landscape is striking and the tasting room warm and friendly. Admittedly, VML was not on my radar until recently when I spoke with a contact at Sonoma County Vintners who rightly recommended a visit. I enjoyed the wines quite a bit, but what I loved most was the vibe – cool, vibrant, a keen sense of art and style, and a tasting room staff that, for one reason or another, drew me into this strange and sexy world. I’m always on the look out for an emotional tie that brings you closer to the wine,  and there was something about VML that really struck me.

And the labels, wow… truly some of the most stunningly designed labels I’ve seen. 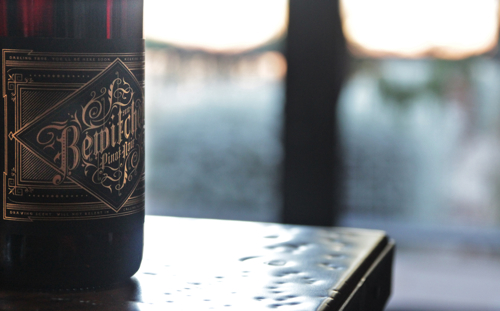 By the time you’ve reached VML, you’re essentially in Healdsburg. Less than 10 minutes to downtown, in fact. And even though VML was the last winery on my official list, I had one more stop that I wanted to get to. Another winery that I had encountered through Sonoma County Vintners earlier this year at the Boston Wine Expo… Trione. 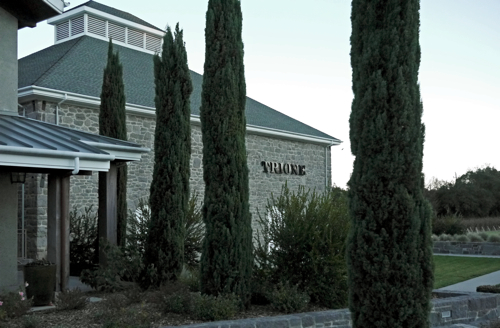 Admittedly, Trione Vineyards is off the Pinot trail (though they do have some rather nice Pinots). It’s out of Russian River Valley, and a short ride beyond Healdsburg into Alexander Valley. But I always find time to diverge from course. Part of the fun is the exploration. 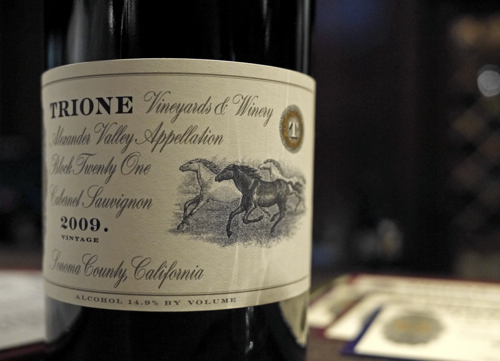 Trione is a bit of an old meets new winery. The family goes back three generations in Sonoma County, but didn’t build their winery until 2005. The Trione’s own and produce fruit from a pretty large territory – 700 vineyard acres across the County – but of the fruit they grow, only about 3% of the best grapes are kept for their own wines. Which, run the gamut. But, for me, I’m a sucker for their Cabernet. At the Boston Wine Expo last year I named their 2008 Block 21 Cab and their 2009 River Road Ranch Pinot two of my top wines of show. But at the winery, I was knocked out with their 2007 Cabernet. It was drinking perfectly. Unfortunately, the 2007 wasn’t available for purchase, but I was quite happy to walk away with a bottle of the also delicious 2009. 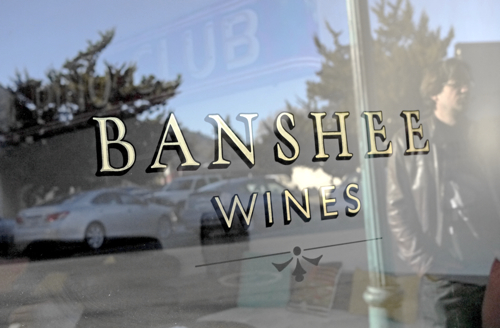 With a great day on the wine trail behind me, I finally made it to Healdsburg. I’ve grown a fondness for this town over the years, and there’s really not a place in wine country I prefer to end my day with. If you go, I’d recommend checking out the many tasting rooms in town, like Banshee’s new boutique which brings an uncharacteristically youthful and hip presence to the scene. And I’d also recommend checking out one of the many great restaurants in town, like Scopa. After a long day on the wine trail, sitting down for a delicious Italian dinner is about as good as it gets.

A big thanks to my good friends Julie and Mikkel for accompanying me on the journey. And a special thanks to Mikkel for supplying some of the photos. 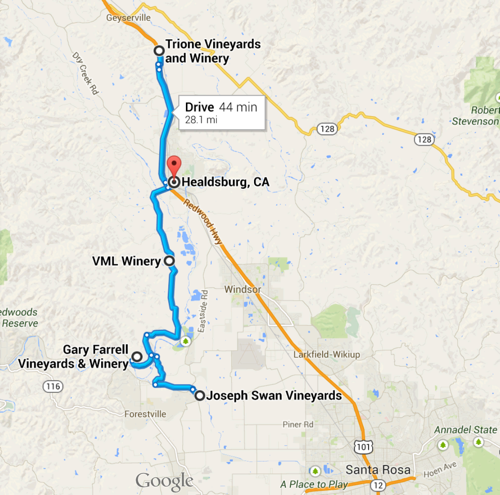