We all know that fall is Christmas for whiskey lovers when it comes to new releases. But, in Boston, it’s also about the events. In the next month, there are a number of big whiskey events happening as well as one multi-day spirits festival. Here’s the short on what’s going on, what to go to, and (most importantly) how to get discount tickets! 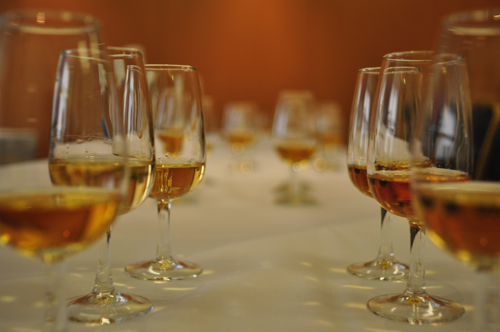 Whisky Live (Boston: October 24th)
UK-based Whisky Magazine has been producing Whisky Live events since their Tokyo and London debut in 2000. In the past 14 years it has evolved into a global tour encompassing 35 cities. This year will mark Whisky Live’s third event in Boston.

My Take: I’ve really enjoyed this event the past few years in Boston, and feel like they’re stepping up their game where some other spirits events are not. In addition to having a great representation across the board – Scotch, American, Irish, global, craft — last year’s events also showcased some unique (and expensive) whiskies that weren’t your standard issue. If you go, make sure to swing by the Federal Wine & Spirits table, as they always bring out some gems. Whisky Live also has a really strong showing of non-whiskey spirits as a result of their partnership with Indie Spirits Expo. This will be a part of the event this year as well.

As far as whisky events in Boston go, Whisky Live is definitely one of the best.

The Details: 5:30pm – 10pm at the State Room in the Financial District. Tickets are $129
More Info at: WhiskyLive.com
Get a Discount! Use code “boston14” for 20% off online ticket purchases. 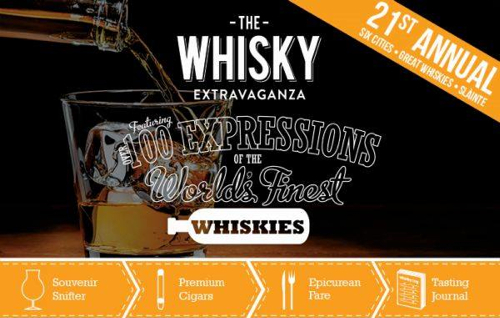 My take: Extravaganza is the most intimate of the three national whisky festivals (also including Whisky Live and WhiskyFest), which means that it’s a great event if you want to take your time, enjoy whiskies (predominantly Scotch), and chat one-on-one with the many brand ambassadors and reps from the top whisky brands. One of the highlights of Extravaganza (besides the full meal which comes with your ticket purchase) is that you get the opportunity to taste some of the recent SMWS releases – this is really the only place you can try these whiskies (without buying them through the society). That said, aside from the SMWS releases I did find the broader selection of whisky last year to be fairly straightforward. Most of the whisky brands brought their standard lineup, but not a lot of older or more expensive releases. That wasn’t the case the year prior, so hopefully we’ll see more of these special whiskies back for 2014.

Extravaganza is a great perk for existing SMWSA members, and for people who are interested in getting a glimpse of what being a part of SMWSA is all about. It’s also great for the whisky drinker who likes a little more of a high end, relaxed and intimate environment.

The Details: 7pm – 9:30pm at The Taj Boston. Tickets are $165
More Info at: TheWhiskyExtravaganza.com
Get a Discount! Use code “DRINKINSIDER” for 10% off online ticket purchases.

OH NO! THE DILEMMA: I’m not going to lie, the fact that Whisky Live and Extravaganza are one day apart this year poses a major dilemma. My recommendation is that you go to both, which would solve the dilemma. Just think, two nights in a row of amazing whisk(e)y drinking! But, if that’s not an option (for time, money, or alcohol consumption reasons), may I recommend that you re-read the above descriptions and make a decision based on which event seems more suited to your personal whisk(e)y style. The worst thing you could do is choke up on the decision and not got to either. That would be sad and the whisky fairies would cry. 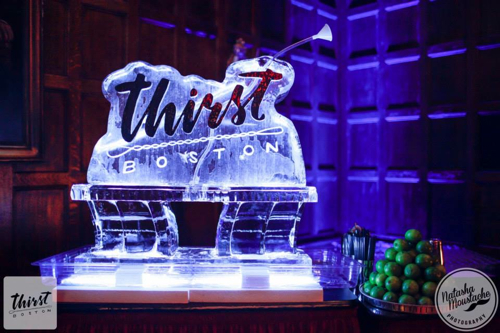 THIRST Boston (Nov 7 – 10)
Thirst is essentially Boston’s answer to Tales of the Cocktail. 2014 will be the festival’s second year, and the event producers have put together a solid lineup that spans four days. Some of the big events of the long weekend include The Thing (Opening Night Gala), which will showcase many of the best bartenders and mixologists from the Boston area. The New England Craft Showcase takes place on Sunday the 9th and brings together many of the craft distillers from around New England, such as Bully Boy, Triple 8, Grand Ten and New England Distilling. In addition to the big events and parties, there’s also a long list of seminars for those who want to get really serious. For you whisk(e)y enthusiasts, check out:

– Rye-sing Tide: A Look at Rye Whiskey from Pre-Prohibition to the Present
– America’s Incredible Whiskey Innovators
– Westering Home to Islay and Laphroaig
– A History of Tennessee Whiskey: From Moonshine to Mustaches
– Woodn’t It Be Nice: What You Haven’t Been Told About Barrel-Aging History and Impact

If that’s not enough to get your ears perked, there are also a number of “Hosted” Bars, including the “World of Whisky Bar” with William Grant & Sons.

My Take: I didn’t go to this event last year, so I can’t really give you my personal take. But, I’ve heard nothing but good things; so I think if you have the time and inclination, it’s worth checking out. Plus, the tickets are quite reasonable for everything they’re offering.

The Details: Friday through Monday at the Fairmont Copley Plaza and other venues around town. Tickets are $25 – $95.
More Info at: ThirstBoston.com 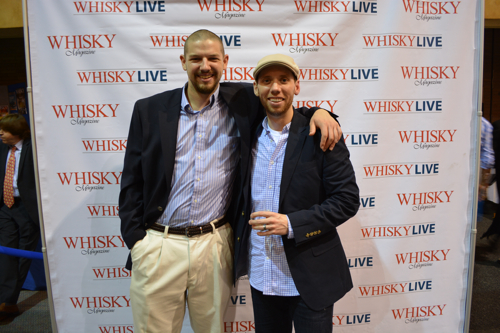 BOSTON BROWN WATER SOCIETY: This last note is not an event, but if you’ve read this far, I want you to know about it. I started a whisk(e)y group about a year ago with fellow whisk(e)y bloggers, William Gemmel (Whisky Informative) and Phil “Wolf” Conner (Bargain Bourbon). Unfortunately, William left us for the great midwest, but we are opening up the group to a few new whisk(e)y enthusiasts in the Boston area. If you are interested, shoot me an email and I’ll get you the details.