Thanks to some friends over at Sam Adams, the beer-friendly crowd at Antler’s What’s Brewing summer event were able to get some generous tastings of the 2011 Utopias.

If you were to take a general thermometer reading from the folks in attendance, one might surmise that less than a quarter truly appreciated the drink (and I’d venture to say that most knew the cost). I heard mumblings such as, “this doesn’t taste like beer,” “um, what is this stuff?” “yea, not for me…” 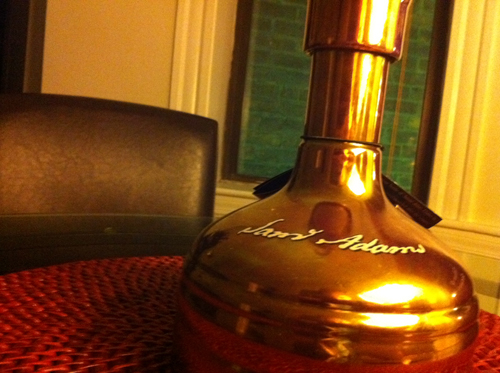 But, don’t be so quick to judge, my friends. Utopias should not be looked at as your typical beer. To start, this 2011 edition (53 barrel production) is 27% alcohol by volume. That doesn’t even sound like your run of the mill strong ale or barleywine, now does it? Second, Utopias should be served at room temperature, and once opened can last for quite some time in the bottle. I’ve heard indefinitely, but, my guess is that with the oxidation that takes place once the “brew” is opened and re-opened, it probably has a shelf life (1 year, 3 years… not sure) – at least for maximum enjoyment. Finally, just look at the bottle this brew comes in…

That all said, Utopias is brewed with the traditional brewing techniques that Sam Adams uses for all of their beers. The end product is actually a blend of batches, some having been aged up to 18 years in a variety of woods. Some of the casks are x-bourbon barrels from Buffalo Trace, others Sherry, Madeira and Port casks. 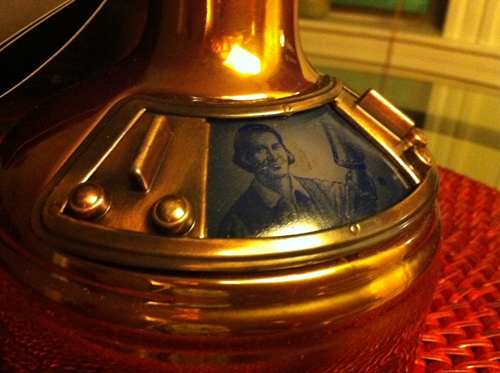 In the glass, Utopias is dark, ominous and deep brownish red. There’s no carbonation and the nose is sweet, malty, rich, deep, woody and frankly… intoxicating. Utopias smells a lot less like a beer than it does a Sherry or Cognac, salty and nutty. There are big malt aromas and perhaps some faint aromatic resemblance to some barleywines or strong ales, but overall, very un-beer-like.

Despite the initial sweetness, my mouth is immediately overtaken by salty, wood flavors. There is sweet dark fruit and some intense, concentrated vanilla as well, but that salty wood cuts through the sweet and almost dominates. Utopias coats the mouth with its thick viscosity and on the finish the flavors pick up some heat to extend and punch up the experience. Unique and fascinating would be an understatement. 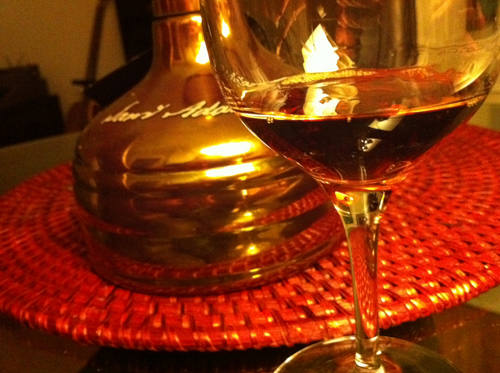 On one hand, I think that Sam Adams Utopias is incredibly interesting, different, complex and enlightening. On the other hand, Utopias is a $150 beer. That’s a lot of money for any kind of drink, but astronomical for beer. Think about it this way, though – you’re really investing in a really awesome bottle of booze that’s going to stay around in your house for a while and will be that little happy surprise when you’re sitting around thinking about wanting something different. Not whisky, not wine, not a martini, not beer… ah yes. I know what I’ll have… Utopias! 90 points. 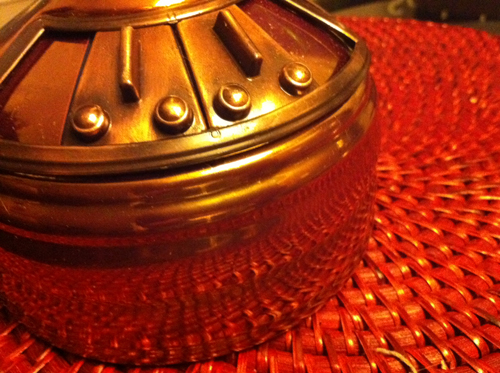