I received an email a few weeks back asking if I’d be interested in interviewing Ron Jeremy about his new spiced rum. I shrugged it off and didn’t think too much about it until later that day when I mentioned the opportunity to a friend of mine. She said, “Oh my God, that’s so amazing! Can I come? I’ve heard he’s so sexy in person.” 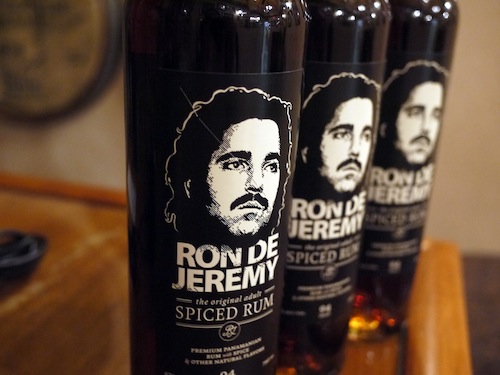 So, long story short, I wound up chatting with Ron Jeremy about his Ron de Jeremy rum and various other things related to his endorsements and/or his adult movie-making career. I also pitched him on (what I thought to be) a humorous and slightly phallic line of craft beer (including the likes of Long Dong Lager) which he thought was a terrible idea.

Of course, I was just kidding about the beer, but he made sure to get his point across, “I was doing cigars,” he started. “La Plata cigars. The seed was from Cuba, the leaf was from Dominican Republic. Delicious cigars. Here’s a really interesting point. They initially made the Ron Jeremy 9 3/4″ cigar, the size of my penis. Didn’t sell at all. Do you know why? It’s too phallic. Most guys don’t want to smoke my log… it didn’t work. With the rum, there are no jokes. It stays mainstream. It stays family.” 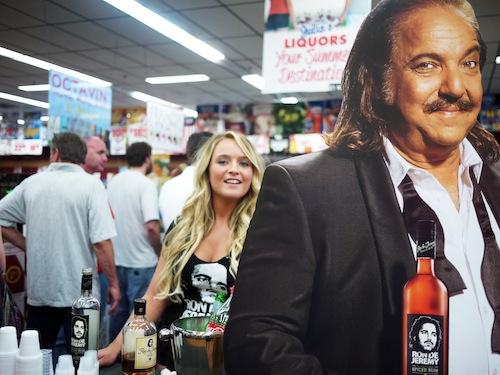 So, perhaps my craft beer concept needed a little honing, but Mr. Jeremy seemed to be pretty damn serious about his rum. In fact, he even went so far as to say the rum may be the product he was most proud of.

“I’ve done rolling papers. I’ve done beef jerky. I do this sex pill, guru – I’m really happy with this one because they do lab experiments. If you want to learn about penis pills, go to sexpillguru.com. And there’s ME, popping up. Saying, ‘Hi folks, here’s the long and short of it…’ The rum is great. It’s probably my favorite endorsement.”

Before I did the interview, I spent some time on the Internet doing “research” to learn more about the rum and what Ron Jeremy likes to talk about. Amongst other interesting tidbits, and Google images that perhaps I would have been better off not seeing, I found that in Spanish Ron means rum. So, of course, I had to ask if that played any role in the endorsement.

He explained, “What happened was, they wanted to find a famous Ron. And Ron Reagan died. Ronald McDonald does hamburgers. Ron Howard directs movies. And Enron are a bunch of crooks. So that left me.” 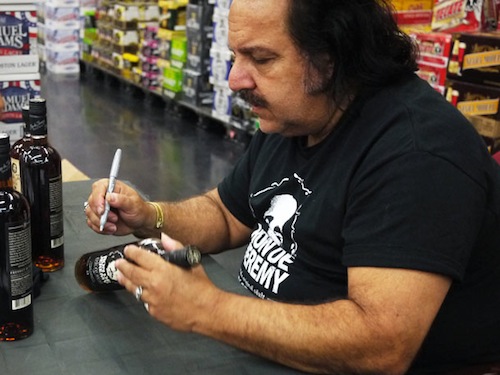 Despite the origins, or anything else you’d like to assert about Ron Jeremy’s long adult movie career – I must admit, Ron de Jeremy is pretty decent rum. Both of the releases, in fact – the newly released spiced rum and the original 7-year aged release. People were literally buying Ron de Jeremy by the case. The aged rum (released last year) is a bit more my speed. A bit more complex, not quite as hot. It has a lot of black licorice and rich spice. It’s mellow and peppery with a long, warm finish.  But, at $32 or so, the 7-year is about twice as much as the 94 proof spiced version. So, they both have their merits.

Ron is actually not much of a drinker himself. Despite his face being plastered all over the bottles, cases and standees at Julios Liquors in Westborough, MA, he’ll tell you he barely touches the stuff. But he’s a friendly enough guy, so I won’t judge him too hard for his lack of drinking. He had some great jokes, said: “We came up with a good ad campaign for this new spiced rum. Captain Morgan’s on one leg, I’m on three. Compare the taste, hasn’t got a leg to stand on.” 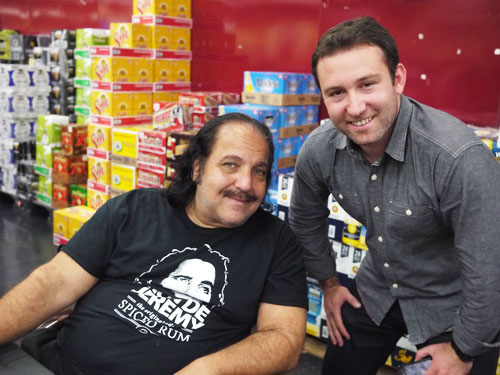 Me and Ron Jeremy.

And, it does. So, to Mr. Ron Jeremy, thank you for this moment of zen. I hope that you continue to pursue your passions and bring pleasure to men and women around the world – be it through your special talents in filmmaking or in your recently acquired knowledge of distilled spirit.