If you’re a fan of Bulleit – and I know there are a lot of you out there – you’re probably aware that a new 10-year Bulleit bourbon recently hit liquor stores across the country. Decked out in a big orange box, it’s a rather hard-to-miss whiskey on the shelves. I actually like the big orange box. I mean, I’m all for protecting our environment, but I kind of like it when American whiskey makers go the extra step to dress their goodness in proper attire. It says, “hey, I’m classy too – just like my brothers from Scotland.” Although, in this case, the box screams America through and through. 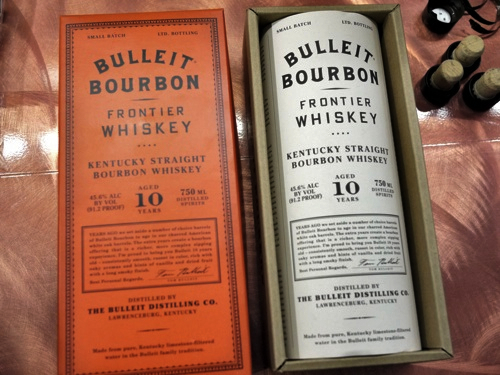 There have been a number of reviews on this whiskey drifting about the Interwebs ever since the product was released at the beginning of this year. The question I have seen brought up the most has been about the difference in price between this new 10-year and the original, no age statement Bulleit bourbon. Generally speaking, the difference is about $20, or nearly a 45% increase. I mean, I hear what people are saying but it’s not like they went from $60 to $130 (like Elijah Craig did when they added 2-years to their 18 year bourbon). It’s Bulleit’s foray into premium Bourbon drinking. Let’s give them that. And, heck, you get this sweet orange box, too!

On the nose, the bourbon comes off dry and oaky, with a sharp, peppery spice. There’s a hint of sweet cherry candy, with orange-infused maple sugar, vanilla and clove. With a little water, I get some fruitier dried berry notes as well. The wood is persistent throughout. 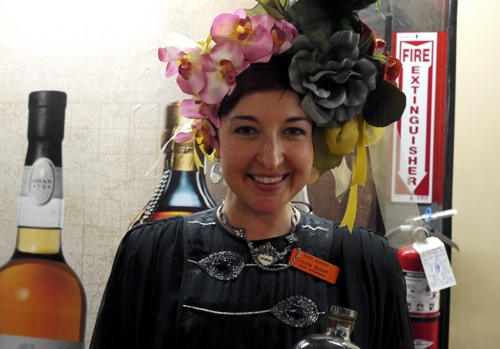 On the palate, the whiskey is round and fruity up front, very dry and spicy in the back. I get more of that orange citrus, vanilla and caramel. There’s a lot of wood notes here that create a rich astringency throughout the mouth. There also big spice notes, particularly cinnamon and clove, which build and stay through a long, warm finish. A hint of black licorice comes out with a drop of water. Overall, I find the palate balanced, but definitely skewing spicy and wood-heavy. Seems just right at the 91.2 bottling proof. Enough kick to give your mouth a ride, but not too much to require water.

I like this bourbon quite a bit. At $35-$39 retail it’d be a home run, but the $45-$50 price tag (depending on your market) makes purchase a little more of a decision. Especially considering the competition in that price bracket. Personally, I enjoy the extra wood age and dry spicy character brought out by the few additional years in oak. Some reviewers have commented otherwise about that aspect of this whiskey. And I can see what they’re getting at, but I felt the extra wood here was, overall, in check. Then again, I’m a big fan of dry and spicy whiskeys, so if you’re not, this may not be your cup of tea. 88 Points. A solid buy.

Have you tried the Bulleit 10 year bourbon? What do you think? Worth the jump in price?

Thanks to Christina at Taylor for the sample.