Every year, around this time, when the buds of spring start to peek out from the frozen dirt of New England, I get an insatiable urge to stretch out on my third floor deck in the high noon summer sun and drink beer. Not just any beer, I may add. Cold, easy-drinking, session beer.

Of course, lounging on sun-soaked deck is not the only occasion for a session brew. It’s pretty much that all-year-rounder beer that finds its home after work, on long nights, in the morning… I mean, whatever floats your boat. But, there is only one Session Beer Day and it just happens to be this coming sunday, April 7th. So, what better way to welcome it in than by catching up with two of session beer’s most vocal advocates, Chris Lohring and Lew Bryson. 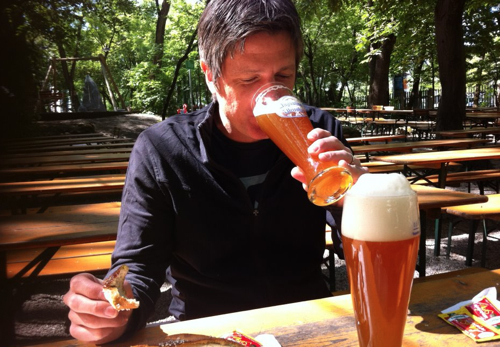 As the brewmaster of America’s first session beer company, Notch, Chris has been instrumental in creating awareness for the session category. Since I last spoke to Chris (about a year ago), he has expanded his product line to include a handful of limited releases and unique styles like Černe Pivo and Polotmavy, and continues to show how low alcohol craft beer can be just as flavorful and creative as its higher ABV siblings. Notch is also rolling out their first IPA this week, aptly titled, Left of the Dial.

Despite a handful of new session beer releases by various brewers across the US, Chris is still a stand alone in the category when it comes to session-only. “We’ve come a long way,” says Lohring. “But we’ve only scratched the surface. And supporters are far out numbering the haters, finally… I see the look on consumers faces when they try a beer at 4% and have the epiphany that lower ABV beer can have flavor.”

According to Chris, “The major milestone this year will be that Notch will cease to be the only session beer brand in the US (we’ll always be first!)… I am thrilled, because I can’t do this alone. Like craft beer 25 years ago, the more in the category the better, because there will be more to tell the story.” 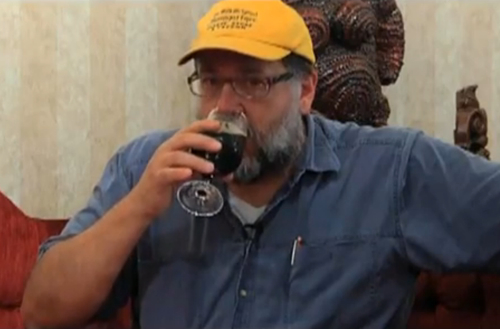 If there’s someone other than Chris Lohring who knows how to tell this story of session beer, it’s fellow advocate, and champion for many things drink-related, Lew Bryson. In addition to being the Managing Editor of Whisky Advocate (my favorite magazine), a highly respected beer writer and a proponent for the privatization of the state-run liquor stores in Pennsylvania, Lew also runs a website called The Session Beer Project — one of the foremost web outposts for all things session.

“The number of brewers jumping on the bandwagon, however heavily, is actually good news,” said Bryson. “It proves the session brand is catching on; brewers want to have a session beer. Boston Beer and Deschutes have session beers now, Stone has their quite nice Levitation Ale, and all that’s a big deal; it’s real support, done right. At the base of this, it’s just going back to the roots of why craft beer happened: variety. Session beer adds variety to the craft beer scene, tasty beers that can be enjoyed in volume.” 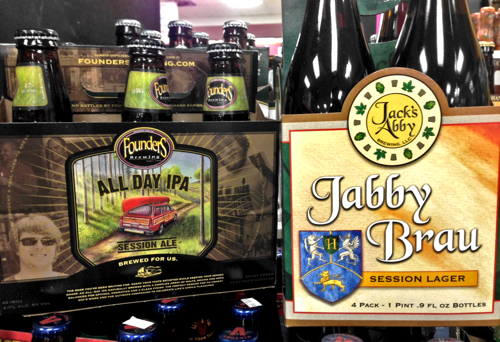 Founders and Jack’s Abby both put out some mighty tasty session brews over the past year.

Personally, I couldn’t agree more with that statement. But, there is still a certain population of beer drinkers who don’t fully “get” it. Some see lower alcohol beer as a shortcoming. A typical response being, “why should I pay the same amount for less alcohol?” Others debate where the line for session should be drawn. And, perhaps, that’s where a lot of the confusion comes in.

“Unfortunately, consistency of message is a problem, which ties directly into awareness,” said Bryson. “Session is getting the same kind of press interest that craft beer did 25 years ago and extreme beer did 5 years ago, but the message is muddled. BeerAdvocate and the Alström Brothers say session beers are 5% or lower; Adrian ‘D_I_N_G’ Dingle very vocally lays down 4.0% as an ironclad limit, citing English tradition; and I’m firmly in the pragmatic middle at 4.5%, while the GABF’s standards are all over the map.” 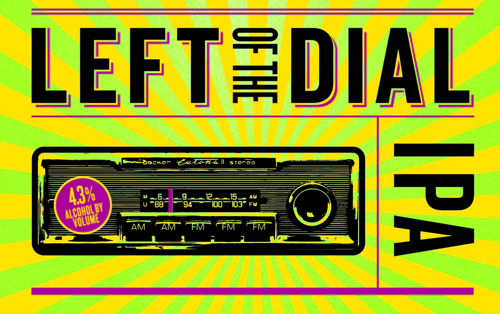 So, what’s next for session beer? How does it keep moving forward and growing as a category? From Lew’s perspective, the main part of session beer advocacy in the coming year is police work. “I’ve seen beers as high as 7.5% labeled “session,” and that just DOES. NOT. GET IT. The point of session beer is not to be less alcohol than a big beer. Chris actually nails it with his catchphrase, “have fun left of the dial.” We’re looking for good-tasting LOW-alcohol beers, not LOWER-alcohol beers.”

For Chris and Notch, it’s full steam ahead. He’s got a few new beers coming to market, including the IPA which drops this week and a German-style beer coming for Memorial Day. He also has a few projects that he’s working on that he can’t talk about yet, but “they involve new beers and packages that will be released this year, and then a longer term thing in the works too. How’s that for being vague?”

But, if one thing is for sure, the 4.5% ceiling is not stifling Chris’ creativity. “Nothing makes one more creative than to impose a limitation,” he mentioned. “I have never felt more creative than when brewing session beer. When anything goes, we end up with the kitchen sink beers we have today. And I never have the urge to brew a strong beer, I’ve played that gig already and I’m on to new challenges.” 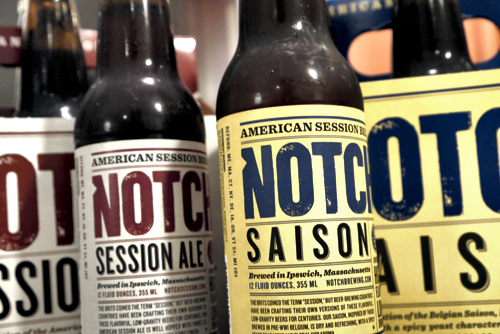 For Lew, the biggest factor in gaining the awareness is media. “That’s what started this whole thing for me,” said Bryson. “Back in 2007, I was complaining to a brewer that they only made big, extreme beers, they never made a big deal out of session-strength, drinkable beers. ‘That’s your fault,’ he said, and explained that the big beers got all the press… So I decided to do something about that, and started the Session Beer Project, and it’s been pretty successful: the media IS talking about session beers. I just wish they knew what they were talking about!”

“Now we’re into the next phases,” continued Bryson. “Where the brewers and importers see that there’s an emerging demand for these beers — and Chris’s success with Notch was a BIG part of that, way out of proportion to his sales — so more beers are happening, we’re seeing session beer events, Session Beer Day, and bars doing dedicated session beer taps. It’s only going to build…”

So, as a fan of session beer, I’m trying to do my part by spreading the gospel as well. It has been exciting to see all of the new session beers released over the past year, but as both Chris Lohring and Lew Bryson pointed out, we’re just scratching the surface on what this category can become. Speaking of, there are a whole bunch of events going on for Session Beer Day (#sessionbeerday) this coming weekend, including a day-long event calendar put on by the Notch crew. If you’re in the Boston area, you should definitely check it out.

A big thanks to Chris and Lew for their continued energy toward pushing the session beer message, and for taking the time to contribute to this post. To thank them, I highly recommend that you go out and buy many cases of Notch and subscriptions to Whisky Advocate. Cheers.