Say what you want about California and Colorado, I’ll stand up any day for New England craft beer.

From the new breed of nano breweries like Night Shift and Mystic to old schoolers like Sam Adams and cult favorites like Hill Farmstead and The Alchemist, New England is right up there with the best when it comes to the country’s highest quality craft beer. If you have any doubts whatsoever, plan a trip to the Northeast, shoot me an email and give me two days to prove it to you. 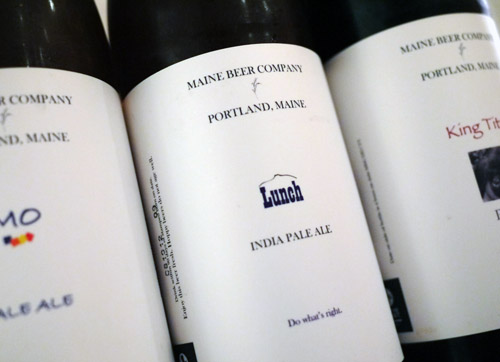 Out of all of this great beer throughout these Northeast states, one of my absolute favorite New England breweries is Portland’s Maine Beer Co. Their hoppy amber ale, Zoe, is one of my go-to’s – truly one of the finest ambers in the country (if not the finest). But Maine Beer Co. is not a one-trick pony. In fact, just about all of their beers are easy 90+ pointers that bring exceptional flavor and structure. Lunch, of course, is one of the most sought after IPA’s in the region, but MBC’s pale ale, Mo, is probably the one I’d put right next to Zoe in a tasting. They also make a stellar stout called Mean Old Tom which is an absolutely delicious, surprisingly easy-drinking dark beer that’s perfect for a cold winter’s day.

Speaking of dark beer, I just recently had a bottle of MBC’s most recent entry to the market, King Titus. This is the brewery’s first publicly available porter, and it came at the perfect time of the year – when the novelty of Octoberfest’s and other fall beer styles have warn off and fall’s crisp weather has set in. 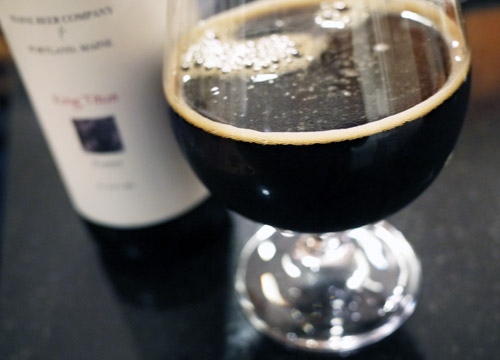 Dark as a gorillas fur, with a dirty brown head, King Titus is a thick and weighty porter. It raises its mammoth fist to summer beers and German autumnal styles and lets out a billowing growl that sends the warmer season beers running scared. The nose is full of roasted malt, rich bitter dark cocoa, coffee beans and smoke. It is a heavy beer (maybe a tad too heavy). It coats your mouth and leaves a long trail of dark malt and black coffee . King Titus is a full throttle porter, rich and powerful and great company for a cool fall’s evening. 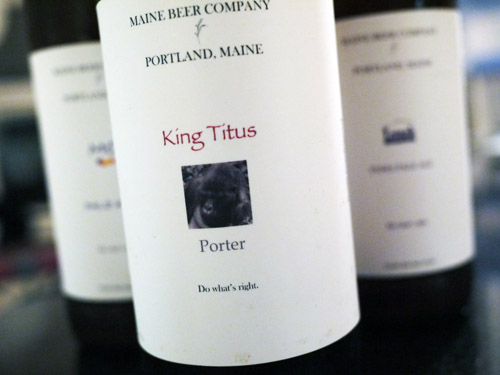 Overall, I wasn’t as impressed with King Titus as I have been with the rest of MBC’s line, but, admittedly, my expectations are set really high for this brewery. This is still a really solid beer and hey, one percent of profits from King Titus sales go to the Dian Fossey Gorilla Fund and other environmental non-profits. So, as MBC says, do what’s right. Drink beer and save gorillas.